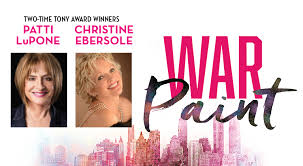 ​With a tagline “Beauty is the best Revenge” and with a few Tony nominations, War Paint is one of the hottest musical and a must see.

The Top 5 Longreads of the Week

‘We Are Alive’: Six Longreads About Music

The soundtrack of my life goes back a long way. Here are six longreads about music, for the love of it.

“Maybe the most powerful person is the one who dares to refuse the gift.”

I’m Sunny Larue blogger, writer, music lover, martini admirer and a manic depressive. My bloggers are about self-discovery with/positive vibe. My stories are about love and loss inspired by real life events. Thank you for stopping by hope to see you again. Don't forget to subscribe.

Donate A Cup Of Coffee

We Are Known By What We Stand Up For

This site is for grad students and mental health

Daydreaming as a profession

Daydreaming and then, maybe, writing a poem about it. And that's my life.

Grab a cup of coffee and hang with me awhile

THIS LIFE IS ENOUGH TO PROVE THEM WRONG.

Even just a little inspiration goes a long way.

The Home Of T-Bird From The Dork Web.

A View From Here

My journey of rediscovery

The Newbury Girl
thislifeasdhome.wordpress.com/
Life Lessons From Around the Dinner Table